A Dom with trust issues and a submissive pretending to be something she's not... what could possibly go wrong?

Master Adam's looking for a submissive, not another dominant. When his path crosses with "Angela's" at Chained, he's disappointed when she introduces herself as 'Mistress'. It's a perfectly ordinary encounter, but days later Adam still can't get "Angela" out of his head.

And when the two reconnect at Stronghold without any pretense, their first scene together is nothing less than explosive. 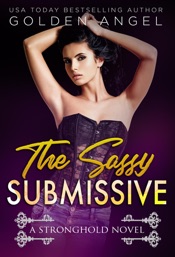